Amateur body builders, reality TV hunks and boy band members helped break the internet this year when their nude selfies somehow found their way online and into all of our collective memories.

To help recap the dozens of leaked photos this year, we have put together our top 6 favorite male nude selfies of 2014 with a link to their original article. Enjoy! 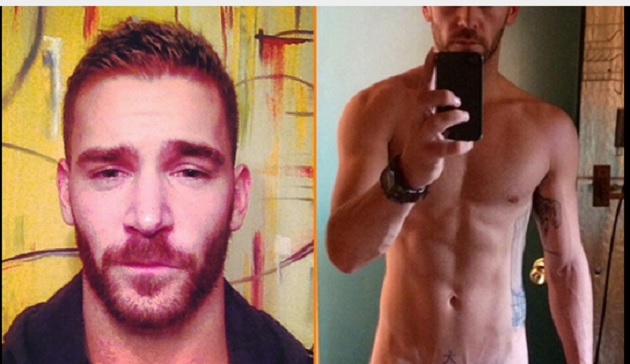 5 Seconds of Summer band member Calum Hood made no effort in denying that he is in fact the person behind a leaked snapchat showing his fully erect penis that began circulating in late August. The explicit video showed an unidentifiable man taking a mirror selfie while dropping his underwear to expose his obvious boner. Hood responded to fans Thursday night on twitter saying, “Least ya know what it looks like now.” Read the full article here. Ex-Marine Kelley Johnson and star of Bravo’s reality series Below Deck, made sparks fly online after photos of his impressive “Johnson” made its way online in October. Read the full article here. Amateur bodybuilder Michael Hoffman leaked several wickedly hot x-rated videos back in September, one of which featured the muscled hunk stroking himself to completion and then enjoying his own goods. Read more here.

Days after the leak, Hoffman spoke out to set the record ‘straight’ about his sexuality and explained why he recorded the videos in the first place. Watch his video here.