Sorry to burst your bubble guys, but that alleged nude photo of Justin Bieber making it’s way online is a fake. (Take a look at the uncensored version of the fake nude photo here [NSFW]) 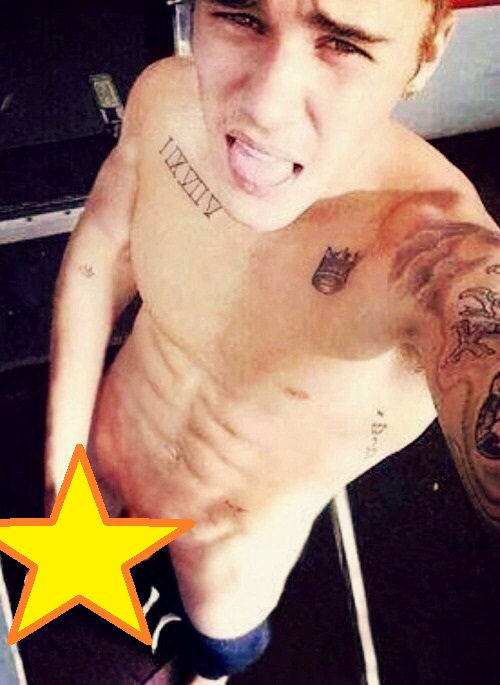 As one online commenter noted, “You can tell the dick’s been Photo shopped , Its way to big.”

The fake nude reminded us of the time this photoshopped image of the Biebs getting pummeled by boxer Floyd Mayweather leaked online:

Bieber has posed naked once before, for his grandmother!

Earlier this month, a large quantity of nude and semi-nude photos of Hollywood actors, including Jennifer Lawrence, Kirsten Dunst, Victoria Justice and Kate Upton leaked online, appearing first on the /b/ thread on 4chan.

No word yet on any male celebrity nude leaks from the anonymous hacker.